1175 ‘Casa de Mondragon’: A historic home in the heart of Ronda Ronda

The property, known as ‘Casa de Mondragon’, stands beside the Palacio de Mondragon, the most important building in Ronda’s old town, looking out over the panoramic ‘Campillo’ square. The most striking element in this historic home is its large living room, or ‘salón’, with a rare moorish medieval wooden coffered ceiling. The coffered ceiling is a testimony to the long history of the house. The work dates back to the 14th century, when Ronda was part of the Muslim kingdom of Granada. If the ‘salón’ was originally a mosque, for nearly three centuries the property later served as a Franciscan convent, before being converted into a private home.

The house’s main entrance leads through a traditional Andalucian patio, with a pergola, cistern and small swimming pool. The rooms on the same level as the patio include the ‘salón’, which has a fireplace and connecting kitchen-pantry, two bedrooms, bathroom, study and large live-in kitchen with an old fireplace. A store-room for garden tools and a laundry room also open onto the patio. The upstairs floor includes another sitting-room, two bedrooms, study, kitchen, storage room, bathroom and covered terrace. The lowest of the house’s three floors opens on to the square, with partially covered parking space for two vehicles, two storage rooms, a bathroom and toilet.

As it stands, the house can be divided into two self-contained apartments, each with their own stairs and individual entrance. 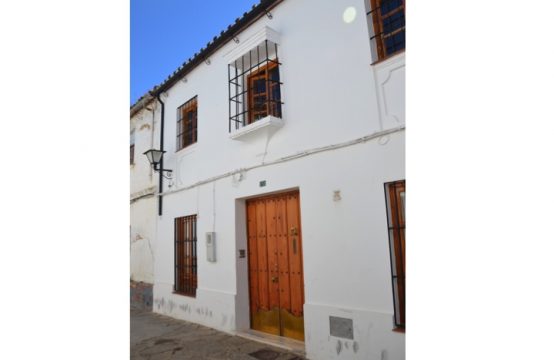 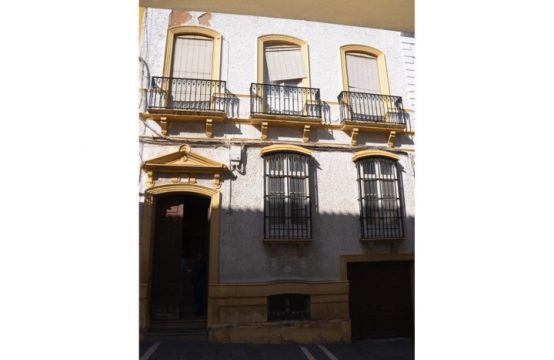